Energy, health, transport, public space, culture, education ... and so many other basic elements that structure our lives and that, however, are increasingly subject to market rules. How can citizens preserve the use of the resources they consider fundamental? How to identify these resources? How to promote the greatest possible access to these resources? How to establish a right of control by the citizens over its operation, management and preservation?

In short, how to favor the commons?

In Marseille, although these questions have existed for some time, they have been gaining intensity in recent times: the right to housing, access to education, access to culture, the right to the city, the right of citizens of controling or supervising urban development. ... What are the open paths for common practices ... in France? In Italy ? In Spain ? In Ireland? How to adapt them to other realities? What is "replicable"? What are the details, the stoppers, the levers?\ \ Three days to talk about it, share views (Marseille, Naples, Dublin, Barcelona, Grenoble, Lyon ...) and to leave, we hope, with answers (clues). 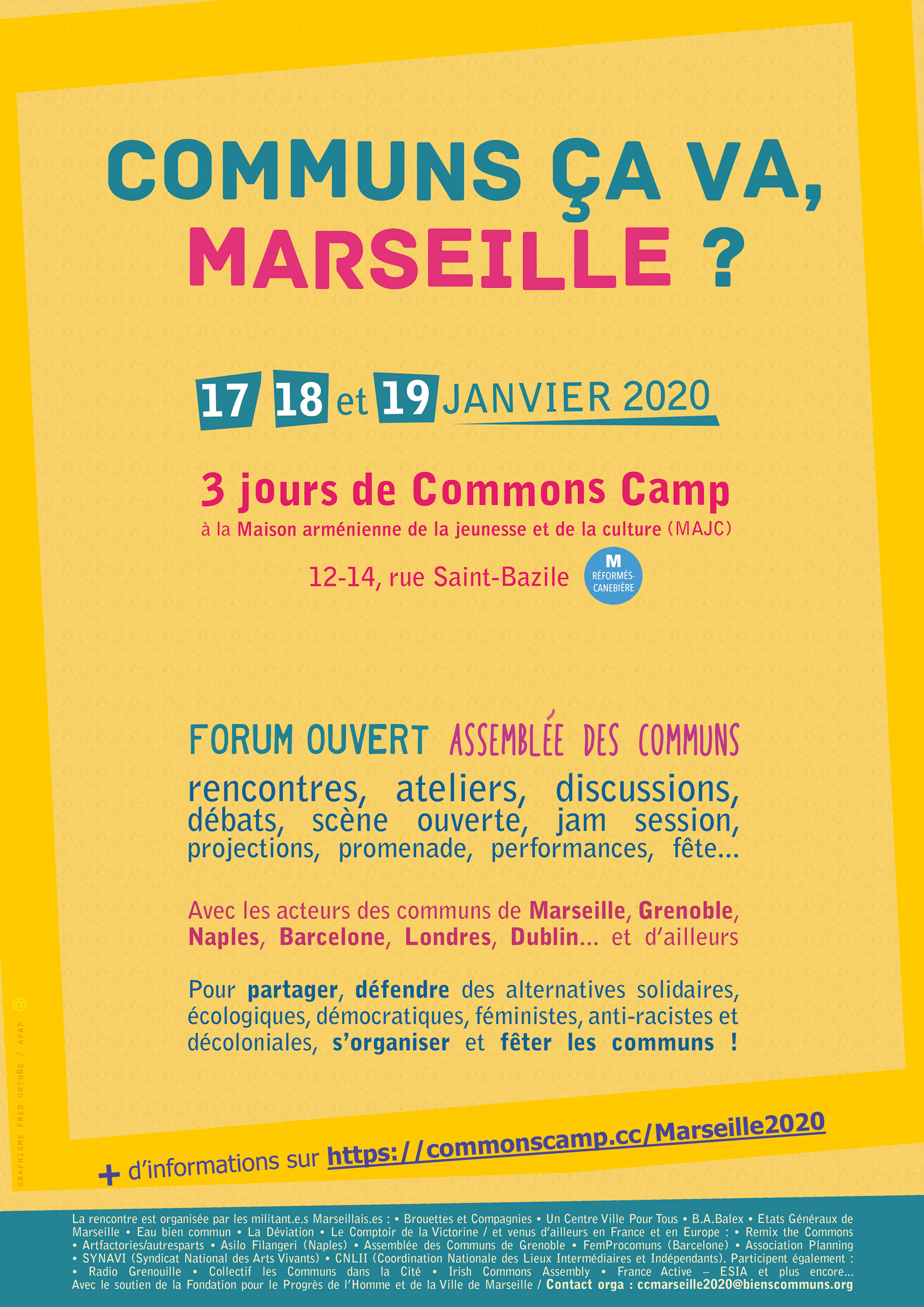 HOW TO BECOME INVOLVED AND PARTICIPATE:

Do you want to address a problem that worries you, start or continue a debate about the commons, share an experience, a project, help build the programme by writing your proposal in a pad!!

Do you want to participate in the articulation of the commons movement, join the groups that already exist: Commons documentation laboratory, the Assembly of intermediate and independent places, Legal tools for the commons, or suggest what is missing!

Do you want to participate in the organisation of the meeting in Marseille and the following Commons Camp by joining the organizing group? Contact us:

HOW MUCH DOES IT COST?

The CC costs money! We have a little support that will be complemented by each and every contribution at an open and voluntary price. Organisations will contribute according to their capacity.

WHAT LANGUAGES WILL WE USE?

The meeting will be mainly in French. Special attention is given to the first of the commons, our language. We will try to document and establish simultaneous translations in several languages ​​to facilitate and encourage exchanges in their diversity (French, Italian, Spanish, English, Arabic ...).

The Commons Camp is organized by Marseille militants:

and from other parts of France and Europe: